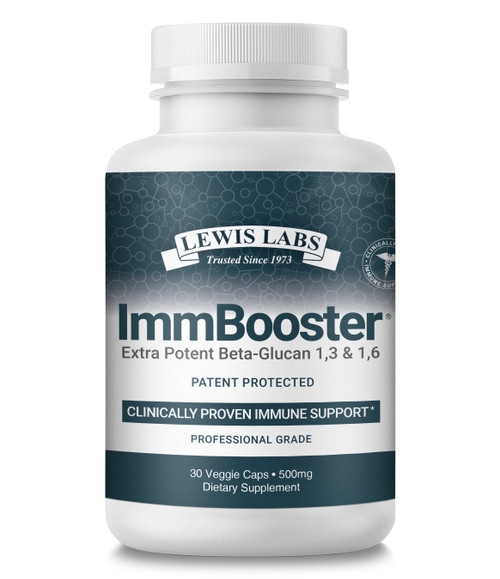 Your Secret Weapon for Immune Support

1 Capsule once or twice daily with or without food.

Optimize Your Immune System Without Overstimulation With One Small, Easy-to-Swallow Capsule

Thousands of studies have been conducted on beta glucan, providing mounting evidence of its abilities to boost your immune performance without overstimulating it. Its ability to regulate and not overstimulate your immune system is very important for people with immune dysregulation, such as those with autoimmune conditions.

Beta glucan is thought to selectively enhance the activities of key immune cells such as macrophages without stimulating other immune cells called proinflammatory cytokines, which can cause damage by increasing levels of inflammation. As a natural immune system modulator and a biological response modifier, beta glucan is also thought to balance your immune system by blocking steps in the inflammatory and immune processes when the system is too active, promoting a healthy immune response.
In studies, users of Glucan 500™ also reported statistically significant improvements in their wellbeing, including mood, energy levels and vitality. It is also taken to support healthy bone density.

Lewis Labs ImmBooster 500 mg contains a beta glucan that comes from the mycelium of the Shiitake mushroom, Lentinula edodes. It is manufactured using a proprietary, patented process that preserves its natural, three-dimensional helical shape, allowing it to retain its super effective immune cell-activating properties with no overstimulation. What’s more, our Glucan 500™ is professional-grade, the very highest-quality, and it is clinically proven to have a positive, regulating effect when taken orally.

If you are ready to try one of the purest, most potent, high-quality immune-enhancing supplements in the world, Lewis Labs ImmBooster could be the product you have been waiting for.

Glucan 500™ is a biologically-active polysaccharide found in the cell walls of medicinal mushrooms such as Shiitake. It is the only beta glucan known to maintain the natural triple helix structure making this the most effective beta glucan product in the world.

Used for centuries within Asian cultures for their health-enhancing and medicinal properties, Shiitake mushrooms have been deeply studied to uncover the exact substance behind the magic. That’s when researchers discovered the beta glucan used in ImmBooster that we have carefully selected and brought to you.

Want To Know A Secret?

The Key Is In The Polysaccharide

Glucan 500™ has very effective immune-stimulating properties. It activates your immune cells, such as natural killer cells and acts on immune receptors, helping your body fight pathogens. It modifies two distinct areas of your immune system simultaneously enhancing your innate and adaptive response.

What makes ImmBooster so special is its high polysaccharide content, the key that unlocks Glucan 500™‘s immunomodulating properties. ImmBooster can activate immune cells such as natural killer cells and it stimulates the activity of helper T-cells. These cells, as well as others, can then carry out their job, protecting your body from viral infections and other pathogens like bacteria, fungi and parasites. However, because beta glucan has been classed as a biological response modifier, it can also reduce and change immune cell activity if needed. This could be why beta glucan is thought to have such impressive immune system balancing properties.

Lewis Labs ImmBooster is clinically-proven to enhance immune system performance. In a double-blind, cross-over, placebo-controlled study, it was found that taking Glucan 500™ every day enhanced the participants’ immune response.

Don't settle for second-rate supplements. Take a Super Dose of Immune Support by adding Lewis Labs ImmBooster to your immune defense and health kit. It contains an amazing 500 mg of pure, professional-grade Glucan 500™ per capsule!

No added sugar, manufactured in the USA, no GMOs, gluten-free, dairy-free, no artificial ingredients. Contains no fungal spores or other fungal biomass.

*These statements have not been evaluated by the Food and Drug Administration. This product is not intended to diagnose, treat, cure, or prevent any disease. Manufactured in a facility that also processes peanuts, tree nuts, soy, wheat, and dairy products. Manufactured in the USA.